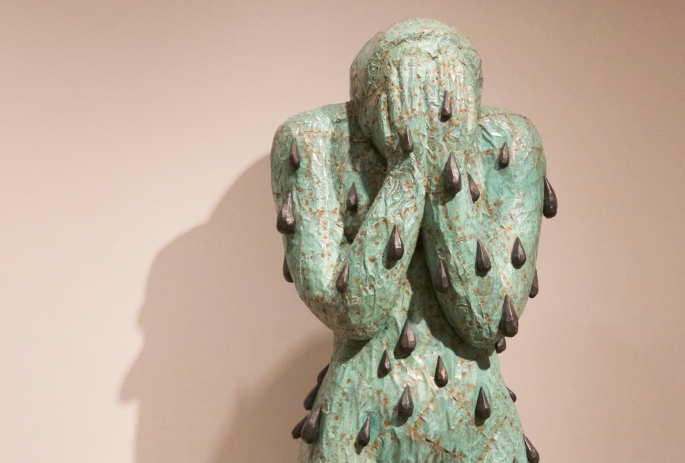 Note: This can be a touchy subject. The very last thing I want to do is bring any shame to it. This is not about drawing conclusions or saying what is right and wrong. These are thoughts and questions based off of my personal experience, which is mine to own. Yours can be entirely different and yours to own. My reason for sharing this is because it doesn’t really get talked about and if it does, it’s polarizing. But processing through this is a part of my life and I wish I could do that more with people instead of pretending like we don’t all have some level of relationship or experience with it. So please know that is where I’m coming from. My hope is it results in more questions and conversations over a drink rather than Facebook rants and upset messages. My hope is that it simply causes people to pause for a moment and think. That is all.

It used to make me sad because I was with someone who couldn’t get enough of these women forever scrolling across the screen, arranged and dominated in window boxes. They were perfect because they were quite literally: unending. Instant, always desiring, never asking, and completely uncomplicated. I was sad because I didn’t know what my response was supposed to be and it confused my perception of what was real and what wasn’t. Is this supposed to be seen as pretend entertainment or an instruction guide? If one is aroused by demeaning, aggressive, exploitative sex, does that mean they want that for their own sexual relationship? If not, what is the value in watching it? If your partner closes their eyes during sex, are they picturing all these other women and does that prevent connection and intimacy? Is this what makes it difficult to stay hard or last long enough and is that the only thing that is going to get people’s attention? If they’re spending hours with them instead of you, does that count as cheating? I used to pray that he’d just ‘actually’ sleep with someone else so that I’d at least be able to make sense of the pain I felt from the constant, quiet competition. It used to make me sad because I had an overwhelming suspicion that I had been having sex with someone for years and yet we had never really touched each other.

But this time I wasn’t seeing it as someone looking to spice up their sex life or trying to understand their significant other. I was seeing it for the first time as someone who has been sexually assaulted. Now it made me sad because I know what it is like when someone picks you out and decides that your body is for consuming. I know what it is like to be arranged, dominated, and rendered completely uncomplicated. I am a part of a system that agrees sex is something that men do to women or watch women do to each other. I understand there is a level of consent in pornography, making it different from sexual assault. But I would argue that both are dehumanizing. There are so many men who would never EVER dream of abusing, harassing, or assaulting a woman. Men who consider themselves feminists. Men who stand up for women, respect, value, and praise women. But I think what they really mean by women is women they know. Because when it comes the women they watch in porn, is that respect null and void? Are they valuing those women for who they are or what they will do? Are those women being stood up for or laid down for? It seems like the only “right” viewers care about is the right to consume someone else’s body as a means to an end without it being abuse or assault. Because we all hope and assume that these people are getting paid well and enjoying their job. But there is also plenty of evidence that the porn industry is rampant with physical abuse, sexual trauma, drugs, and mental health disorders. Documentaries, research, and the personal accounts of ex-porn actors all indicate that there is a lot more to the conversation than is being widely discussed.

You can’t have statistics like this for anything and not have it creating an enormous impact, even if its subconciously. Even if it hasn’t been like this long enough to have conducted comprehensive, in-depth research. That is a lot of people watching a lot of material that propels the message that the female body is an object and that sexiness is a woman’s currency. It propels it at a pace and in forms we have little control over. Technology moves faster than we do. Today the average age of exposure to pornography is 8. And we aren’t just dealing with Playboys stashed under mattresses anymore. I’ve worked with 14 year old guys who showed me Snapchat videos of them receiving head. I’ve worked with girls who feel it is completely normal to send nude pictures of themselves to guys at school because they expect it. The line between liberation/empowerment and objectification is very blurry depending on who you’re asking. There are generations yet to enter adulthood that have learned most of what they know about sexuality and human interaction from the internet and social media, which is fascinating. And kind of terrifying. I just wonder if and how this is affecting our ability to be in relationship, to have empathy, to build intimacy, and to humanize?

A lot of what I’ve experienced has made my state of being feel out of control. It violated a part of who I am and I continually find myself trying to restore that. I don’t want to be angry and cynical. I don’t want to be incapable of trust. I don’t want to feel ashamed of what happened. So I’m trying to grasp how normal, nice guys end up in a mindset where they feel that sexually assaulting someone is okay. I’m trying to understand why we find it so easy to be disgusted by the degredation and objectification of women when we look up at our wives, sisters, friends, daughters, and mothers but when we look down at our laptops or phones we don’t think twice about participating in a system that helps sustain it?

I have this scenario that plays out in my head where I look at the guy who raped me and I say, “Hi! My name is Taylor and my favorite ice cream flavor is mint chocolate chip. In high school I was voted ‘Most Likely to Make Your Day’ by my classmates. I have a bunion on my right foot that I’m all self conscious about because it makes me feel like an 80 year old. I come up with terrible analogies. I can remember every movie line and I’ll make you the best mojito of your life. Look, I’m like a really sweet, angel, butterfly type person and if you would just stop to know me you’d never do this so please, please, please don’t do this.”