Musings from some recent travels.
The day my mom arrived in Edinburgh was unusually sunny and warm in Edinburgh, which was a giant cherry on top of what was bound to be a very happy day regardless. The summer feels called for an afternoon treat of salted caramel and dark chocolate ice cream from Mary’s Milk Bar while we sat on a sunny bench overlooking the castle and listened to buskers. We strolled through the gardens and popped into different shops before heading to the new cat cafe, Maison de Moggie, for some kitty cuddles. You have to pay a 7 pounds entrance fee for an hour time slot, but I haven’t gotten to be around any feline friends in ages. So. Totally. Worth it. That first night ended with Mexican and margs for my birthday eve and I was one happy lady. 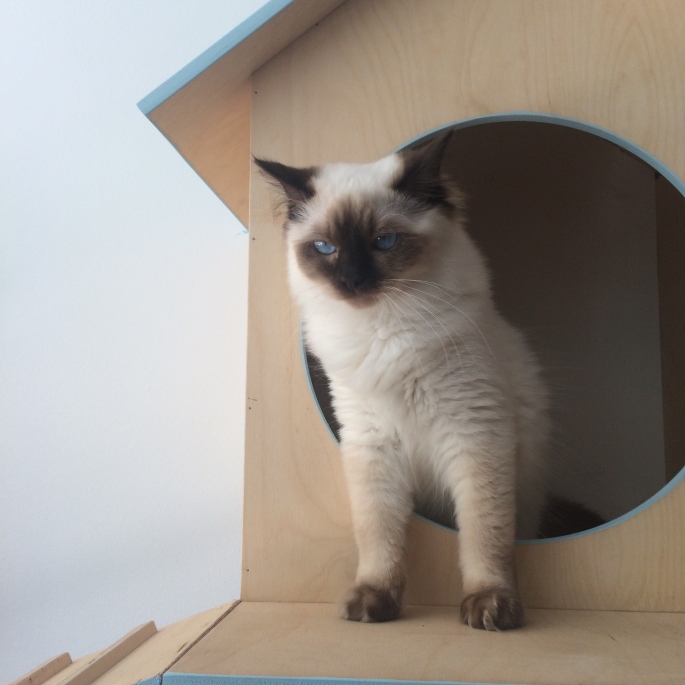 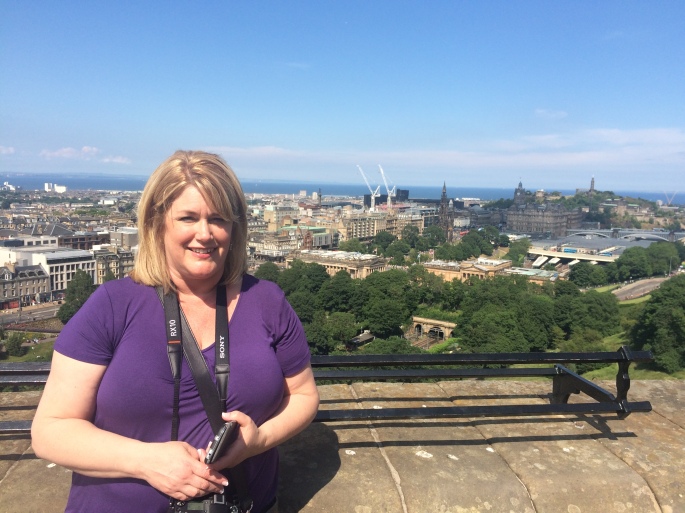 On my 25th birthday we arrived in Glasgow but got stuck in traffic behind a Protestant parade??? (no one could really tell us what it was exactly) for a long time before we could make it to our hotel. We had brunch at The Willow Tea Rooms, which were designed by the famous architect Charles Rennie MacIntosh. Swoon.
Then we took a taxi outside the city to find the church and apartment building where my great, great, great, great grandparents lived. Insane in the membrane. My mom got really into genealogy when I was growing up and at this time we had just moved to Pella, which is a town full of people who share Dutch heritage with me. I couldn’t have cared less about family tree business then. I mean, it’s not cool when your mom tells you that the first guy you have a major crush on in school is your 5th cousin. Thanks. Now what am I supposed to do with that information? But anyway, now I find it easier to take an interest in all of it with her. 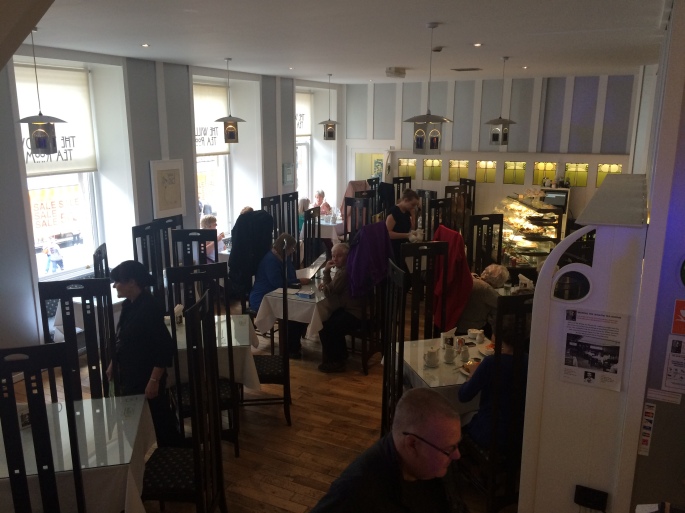 That afternoon we went to the Kelvingrove Museum. I nerd out about how good that museum is at providing really clever ways of engaging with their exhibitions. Obviously they’re educational, but I’ve seen some purely amusing ones as well. There’s a painting of this couple at dinner with little thought bubble screens next to them and a computer where you can type in whatever you imagine they’re thinking and it appears in the thought bubble screen. There’s also a painting of a scene from Briar Rose and next to it is a tiny bed and costume box where kids can dress up and act it out. After a 4th of July dinner of burgers and milkshakes we went to see a Bruce Springsteen tribute band. They really hammed it up and the crowd was ridiculously into it. One lady danced to every single song with everything she had. This was no two step or hip swaying action. Limbs were flying. Fingers were snapping. And it was a sauna in there. She had to have burned 1,000 calories. So, my 25th came to a close with people belting it to “Born in the USA”. Except none of them were. 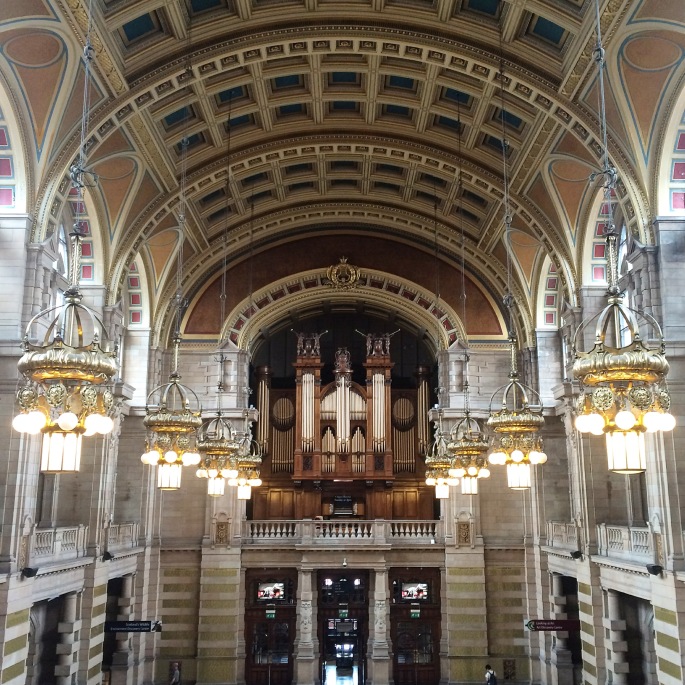 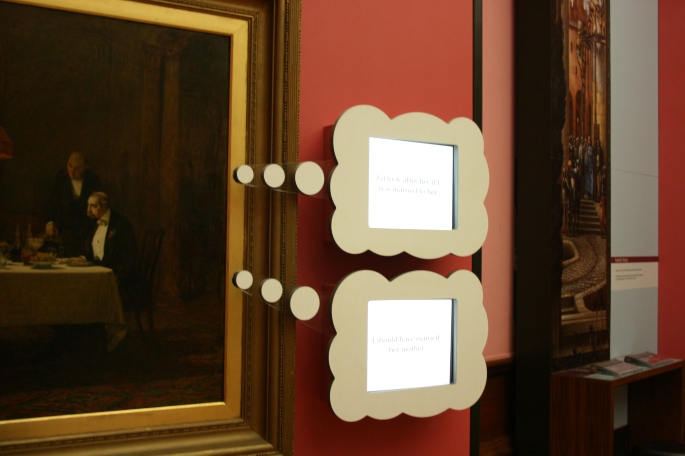 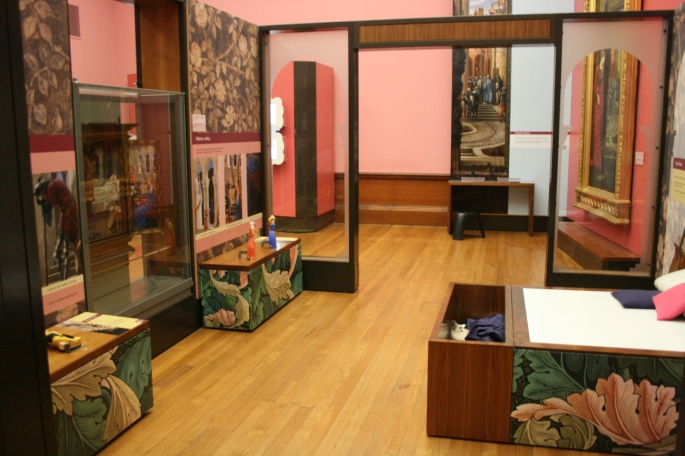 The next morning we headed for Inverness because mom really wanted to drive just an hour outside of the city to see Dunrobin Castle. We got to Central Station only to find out that our train was leaving from Queen Street Station. Whoops. We missed our first train and then accidentally missed the second train because I had the wrong time in my head. I also spent the morning trying to track down mom’s new camera, which had been left in a taxi in Edinburgh. So we weren’t really off to a smooth start whatsoever. But then once on the train we met Andrew, who is a sweet Canadian guy doing a solo backpacking Eurotrip. We ended up adopting him and he came to the castle and dinner with us. This is something I love about traveling and being in new places. People just pop into your life for minutes, hours, or days and you have spontaneous adventures and conversations. It just restores your faith in humanity a little bit, you know? I did feel bad that he had to endure a rather stressful 3 hours in the car while my mother tried to figure out driving on the right side of the road, but he was really patient and we didn’t kill anyone or anything— so all in all I think it went pretty well. Plus, Dunrobin Castle could be out of a fairy tale. It was insanely gorgeous. We walked through the gardens, played a quick game of croquet, and unfortunately missed the falconry display that happens in the afternoons (because what castle is a castle with out it’s falcons?). Gutted.

The next day mom and I flew into Amsterdam and met up with Madison in the airport. There was an exciting baggage claim run/hug/cry moment. From the airport we drove to the little town of Heerenberg. To say it was picturesque would be an understatement. There were outrageous gardens, gangs of little old ladies on bicycles (future life goal), windy cobblestone streets, pretty trails through the country side, and adorable shopfronts and cafes. We made it to our lodging at the Kasteel Huis Bergh and upon approaching the castle gate, we were greeted by a duck and sheep. Our room…err..tower? was hands down the coolest place I’ve ever slept in my life. The next morning Madison and I went fro a 5 am run and got lost, which ended up being really fun. Before we hit the road, the three of us enjoyed a huge, tasty breakfast in the castle gardens. Mom wanted to visit the towns where her ancestors lived, but it was pouring rain all day so we ended up just driving through them which was a but of a bummer. We had a quick visit to the Kroller Mueller museum to see their Van Gogh collection and then went to dinner with a couple of mom’s distant relatives who had helped her map out a bunch of her family tree years ago.
On our last day in The Netherlands we hit up Amsterdam. It’s hard to do a city in one day. There’s so much more I wanted to see and do, but hey, I won’t complain. We went to the Rijks Museum, which was full of both gorgeous art and gorgeous security guards. Win win. We walked around the city, sampled local delicacies, and then went for a canal tour at sunset which was a pretty dreamy way to end the evening. There was a lot that reminded me of Pella, so it was almost strangely normal or comforting to be there. 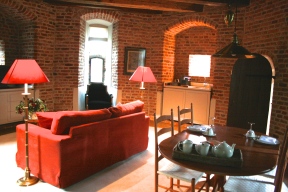 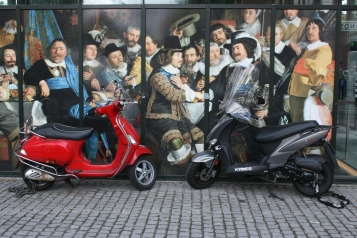 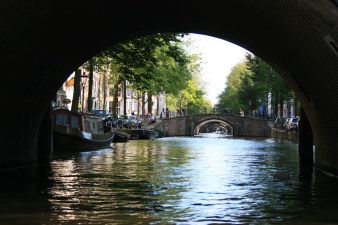 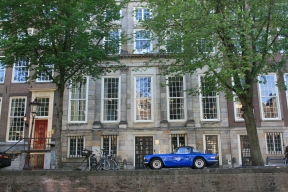 We got back to Edinburgh and celebrated mom’s birthday with a nice lunch, cocktails, and a bit of shopping. She flew back to Iowa the next morning and Madison stayed with me over the weekend. Some quality sister time was much needed. Madison’s one request was whisky and Scottish folk music, so we fulfilled that at Sandy Bell’s and ended up joining a pub crawl later on. The next day we had brunch with some of my friends and went for a hike up Arthur’s Seat. We went to the airport together the next morning- she was off to Denver and I was off to Dublin. Neither of us ready to go back to reality quite yet.