7 things that have made my heart happy (lately)

One. Scandal nights: Pizza, wine, girlfriends, hilarious commentary on the show we’re all obsessed with (for better or for worse). If you’re a fan of all that it scandalous and haven’t watched the SNL parody, here it is: https://screen.yahoo.com/scandal-073806617.html

Two. Seeing the play my dad wrote debut this weekend, followed by a late night family dinner, whiskey and cigars around a fire, and deep discussions late into the night.

Three. My friends Shana and Aimee had an essential oils class this week. Guys, I’m totally hopping on this bandwagon. I had a killer stomach ache yesterday, rubbed some peppermint oil on my abdomen and it was gone in minutes. Last winter whenever I felt a cold coming on, I borrowed Shana’s Thieves oil and it kept sickness at bay. Sounds crazy, I know…but you can’t knock it until you try it.

Four. ArtForceIowa received a grant that will allow us to purchase and set up a t-shirt screen printing workshop this summer for the kiddos. They are going to be taught by an amazing local artist and have the chance to market and sell their own designs. I’m really excited for them!

Five. Last night I ate dinner on a patio. This felt like the longest, most dreadful winter ever and there is nothing that brings me quite as much bliss as eating Gusto’s Vincent Van Goat pizza with good company on an outdoor patio in glorious weather.

Six. This nail polish. It’s called ‘where’s my chauffeur?’ for some reason. 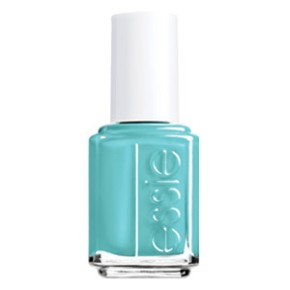 Seven. Today I get to see Lola, Vivian, and their mommies (my heart aches to see them on a daily basis). And we’re going to eat Jaarsma’s deliciousness.